We are pleased to have the following invited speakers. 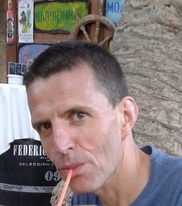 Marco received a PhD in theoretical linguistics from UCLA in 2000. After holding various research and industry positions in Europe and in the US, he has now joint appointments as an associate professor at the Center for Mind and Brian Sciences of the University of Trento (Italy) and at the Facebook Artificial Intelligence Research lab (France). His work focuses on computational models of language and how it is acquired. Currently, his main interest is in how to develop artificial agents that learn to communicate in a grounded environment incrementally and interactively. His research in the relevant areas has been founded by an ERC Starting Grant and by a Google Research Award. 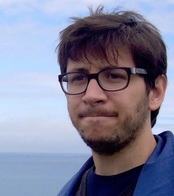 Antoine Bordes is a research scientist at Facebook Artificial Intelligence Research. Prior to joining Facebook in 2014, he was a CNRS researcher in Compiegne in France and a postdoctoral fellow in Yoshua Bengio's lab of University of Montreal. He received his PhD in machine learning from Pierre & Marie Curie University in Paris in 2010 with two awards for best PhD from the French Association for Artificial Intelligence and from the French Armament Agency. Antoine’s current interests are centered around natural language understanding using neural networks, with a focus on question answering and dialogue. 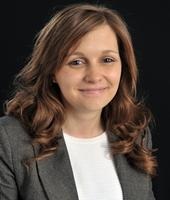 Dr. Nina Dethlefs is a Lecturer in Computer Science and joined University of Hull in 2015. Previously, she was a Research Fellow in Computer Science at Heriot-Watt University, Edinburgh. She holds a Ph.D. from the University of Bremen, Germany. Nina's research interests lie in Computational Linguistics, particularly in natural language generation and interactive systems, spatial cognition, assistive technologies, artificial intelligence and machine learning. Details on Nina's research, publications, research projects and other academic activities can be found on her website. 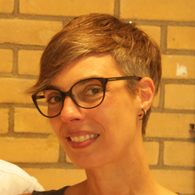 Raquel is Associate Professor at the Institute for Logic, Language and Computation (ILLC) of the University of Amsterdam, where she leads the Dialogue Modelling Group. She obtained her PhD in computational linguistics from King's College London in 2006 and worked at Potsdam and Stanford before joining the ILLC. In her research, she uses formal, empirical, and computational methods to investigate how humans use language in interaction, with a focus on coordination mechanisms and language learning. She coordinates the SemDial Workshop Series and is a founding editor of the open-access journal Dialogue & Discourse. 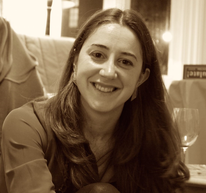 ​Dr. Milica Gasic is a University Lecturer in Spoken Dialogue Systems at the Department of Engineering and a Fellow at Murray Edwards College, the University of Cambridge. She obtained her PhD in Statistical Dialogue Modelling at the University of Cambridge in 2011. She has published around 50 peer-reviewed conference and journal papers in the area of dialogue management and she received the Sigdial 2013 conference best paper award and has h-index 20. She has given invited talks in institutions such as MIT, Microsoft Research and Shanghai Jiao Tong University. Her research interest lies in various aspects of spoken dialogue systems and in particular decision-making. She greatly interested in machine learning algorithms and their application to human-computer dialogue with the aim of building systems that can learn how to conduct a dialogue directly from human interaction. 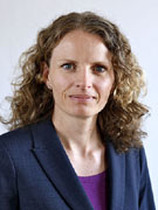 Helen Hastie is an Associate Professor in Computer Science at Heriot-Watt University, Edinburgh, UK and holds a PhD in Automatic Speech Recognition from The University of Edinburgh. After working at AT&T Research Labs and Lockheed Martin in the USA, she returned to the UK in 2007 and took a post at Heriot-Watt. Helen's research interests lie in the areas of statistical dialogue systems, natural language generation, evaluation and HRI and she has 80 peer-reviewed publications and 2 patents in these areas.  She was previously the co-ordinator for the EC FP7 project Parlance on data-driven spoken dialogue systems for interactive search and is currently working on projects funded by the UK Ministry of Defence. 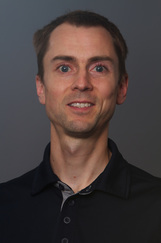 Jason D. Williams is with Microsoft Research in Redmond, Washington, USA. He has published more than 55 peer-reviewed papers on dialog systems and related areas in international conferences and journals, and has received five best paper/presentation awards for work on statistical approaches to dialog systems, including the use of POMDPs (partially observable Markov decision processes), reinforcement learning, turn-taking, and empirical user studies.  In 2012 he initiated the Dialog State Tracking Challenge series, in 2014 he shipped components of the first release of Microsoft Cortana, and in 2015 he launched Microsoft Language Understanding Intelligent Service (www.luis.ai).  He is Vice President of SIGDIAL, and an elected member of the IEEE Speech and Language Technical Committee (SLTC) in the area of spoken dialogue systems. Prior to Microsoft, Jason was with AT&T Labs Research 2006-2012, and also held several positions in industry building spoken dialog systems, including at Tellme Networks (now Microsoft) as Voice Application Development Manager.  Systems he has built over the past 15 years have conducted tens of millions of dialogs with real users.
Powered by